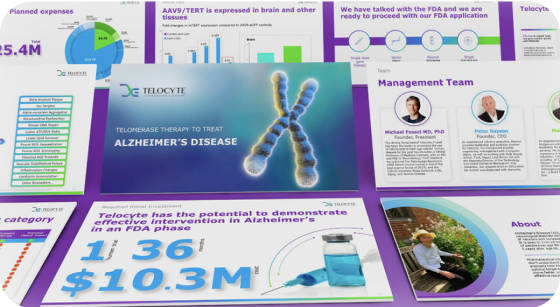 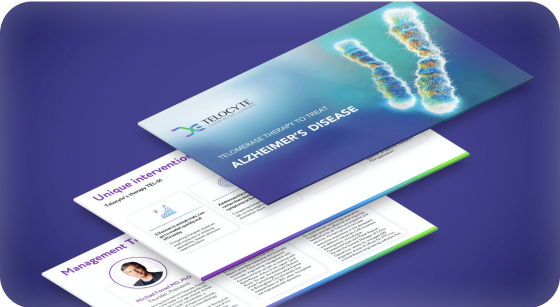 The use of innovative advanced regenerative cell and gene therapies to reset the cell senescence that underlies and defines the "aging process". To be effective, our national healthcare systems need to support the ability to maintain normal cell function as we age, both preventing age-related disease and lowering healthcare costs.
The key process is cellular aging. A lot of interventional trials aimed at downstream biomarkers have proven to be ineffective points of intervention. In contrast, we target the single most effective point, both clinically and financially.
VIEW
VIEW
VIEW
Presentation Deck
01/28/2021 version
Mission Statement
11/30/2020 version
Video
Pharmaceutical companies fail to find a cure because they don't understand the disease. Telocyte's team understands precisely how Alzheimer's disease works and possesses the optimal target to prevent and cure Alzheimer's. Telocyte can move faster, with lower cost, fewer patient trials, and with effective results. 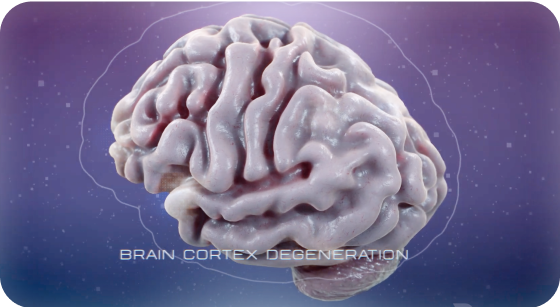 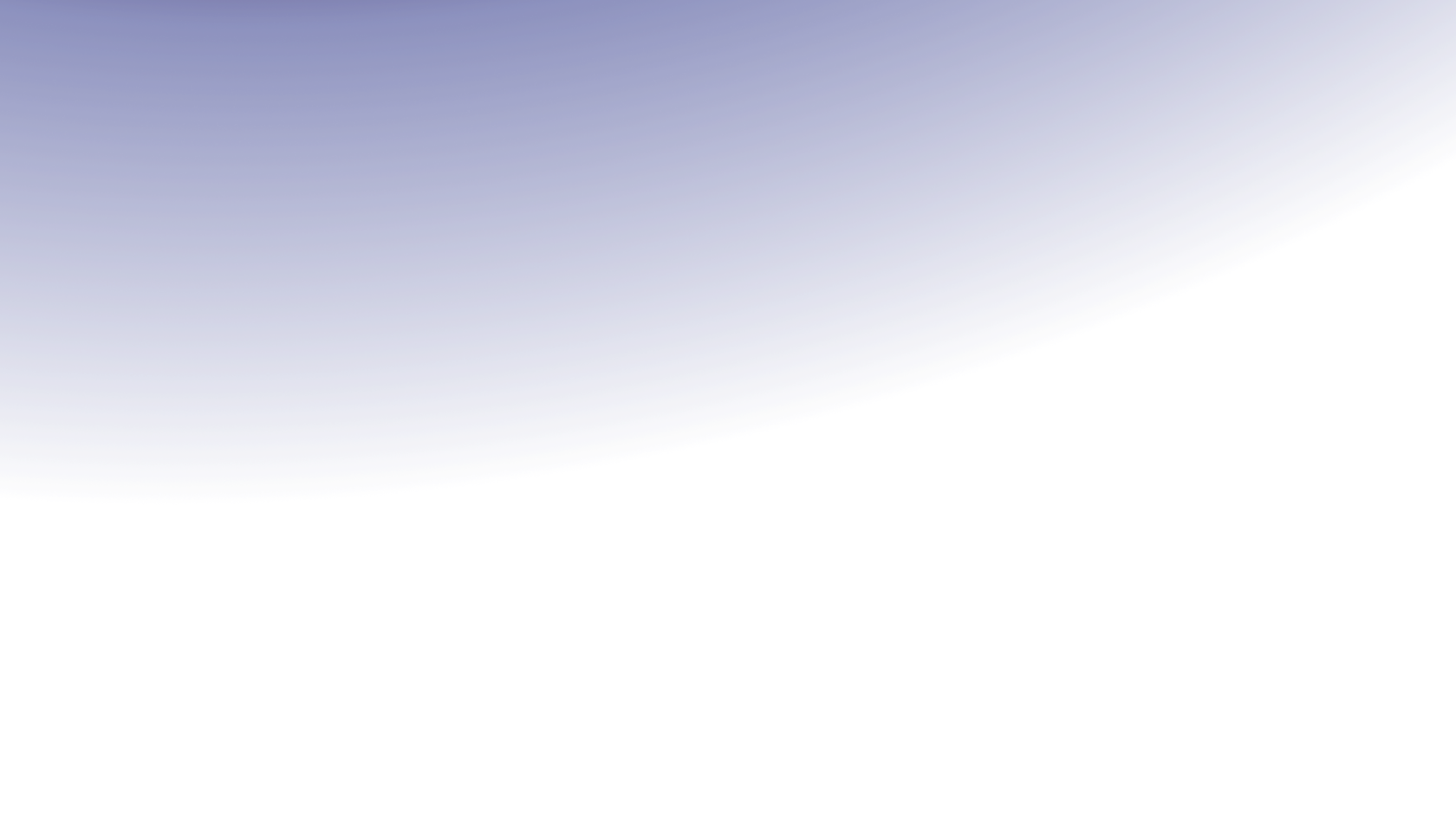 When the Roman Catholic Church was questioning Galileo in 1633, the Vatican astronomers had an enormous and largely accurate knowledge of astronomy, but had very little understanding of astronomy. They knew planetary positions and could generally predict future positions with accuracy. They had accurate knowledge of planetary positions. What they lacked, however, was an accurate understanding of orbital mechanics. The problem lay not in their inability to observe, but in their inability to reconsider their assumptions. They knew the Earth was the center of the universe and saw no reason to reconsider and gain deeper understanding.

Smallpox has probably been around for 12,000 years. Thucydides, Galen, Rhazes, Avicenna, and most medieval healers had an enormous and largely accurate knowledge of smallpox, but had very little understanding of smallpox. Smallpox was the result of various supernatural causes, such as the goddess Sitala in India, or curses, witchcraft, or sin in Europe. While they knew a great deal about the disease, they understood very little.

Ironically, and despite our hubris based on medical knowledge, much the same can be said of many modern diseases, particularly age-related diseases. In regard to the dementias, for example, we know a truly enormous amount. Google Scholar, lists more than three million publications regarding Alzheimer's and Clinicaltrials.gov lists more than three thousand interventional trials targeting the dementias. There can be little argument with how much we know, but what do we understand?

We know about beta amyloid, tau proteins, neurofilament light chains, more than 200 genetic markers, dozens of clinical and behavioral risk factors, and hundreds of intermediate pathways, but what do we truly understand about age-related dementias? We don't understand why any particular gene increases (or decreases in a few cases) the risk of Alzheimer's disease. We don't understand why any particular toxin (such as paraquat or dioxin) increases the risk of Parkinson's or other dementias. Likewise for infections, radiation, or other risk factors. These may increase the risk of dementia, but how? Why? What do they actually do to increase the probability of amyloid plaque, alpha synuclein aggregates, limbic or substantia nigra pathology, mitochondrial failure, microglial activation, glymphatic failure, or a myriad other biomarkers of age-related dementia? It's not enough to suggest that any of these "cause" dementia unless we can explain what causes the "cause". If mitochondrial failure were the cause of dementia, then what causes mitochondria to fail?

Recently, I was honored to chair a global conference on Alzheimer's and biomarkers. Many of the speakers presented cogent arguments and substantial data supporting their view that disruption of a particular pathway was implicated in Alzheimers disease. Yet none of them could explain WHY their particular pathway was disrupted in the first place. It was much like the hoary theory of Alzheimer's: beta amyloid plaques may be the "cause" of Alzheimer's, yet no one can explain the cause of beta amyloid plaques. Whatever their favorite "cause", they can't explain what causes their "cause".

They know a lot, but lack any understanding.

The same problem continues as the NIH funds research on the area. They focus on diagnostics, risk factors, and pathways. However, they lack a unified systems model to explain the pathology, an understanding, or a willingness to reconsider their assumptions that would allow them to move to a novel, effective clinical intervention; based on a unified model and understanding of the fundamental cause of age-related disease.

The challenge is not to design palliative medical products to impact biomarkers. It is to understand why our complex adaptive somatic cellular system degrades as it does; what we generically describe as aging. The dementias are overwhelmingly age-related diseases. Only by understanding the aging process, can we clinically intervene at the cellular level.

Today there is an enormous body of knowledge, but there is not only a lack of understanding, there is a lack of intention, backbone and grit to move to intervention, to cure Alzheimer's disease, to do something without any historical precedent, to make history by not only knowing, but understanding age-related disease.

We already have the ability to understand and to cure age-related dementia. We only need the focus, will power, and funding to do so.
MORE NEWSLETTERS
Password required